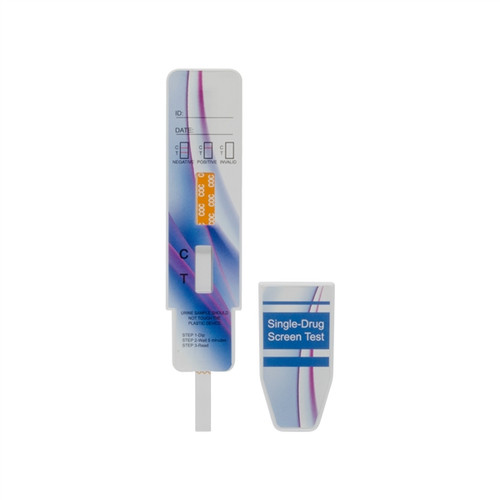 Cocaine is a potent central nervous system (CNS) stimulant and a local anesthetic. Initially, it brings about extreme energy and restlessness while gradually resulting in tremors, over-sensitivity and spasms. In large amounts, cocaine causes fever, unresponsiveness, difficulty in breathing and unconsciousness. cocaine is often self-administered by nasal inhalation, intravenous injection and free-base smoking. It is excreted in the urine in a short time primarily as Benzoylecgonine. Benzoylecgonine, a major metabolite of cocaine, has a longer biological half-life (5-8 hours) than cocaine (0.5-1.5 hours), and can generally be detected for 24-48 hours after cocaine exposure.

Why are these tests so cheap when they don't expire for another 6-12 months?

- When it comes to businesses and preemployment drug testing, it is typical for testing to remain at 16-24 months shelf life as larger quantities are bought up front for the month, quarter, or year. In other words, if you are not a business this is not supposed to make sense. You luck out. Someone who wants to test their child tomorrow or test themselves before applying for a job are not going to be effected by a test that expires in 6 months instead of 2 years. Enjoy your MASSIVE savings!