Who knows what to really believe anymore?  With so much bias and opinion flooding the media as of lately it's hard to tell fact from fiction.  In this post you will see factual evidence on the Healgen rapid antibody covid test and be able to make any and all conclusions yourself!

What is a Coronavirus?

Coronaviruses are enveloped RNA viruses that are distributed broadly among humans, other mammals and birds that cause respiratory, enteric, hepatic and neurologic diseases. Four viruses - 229E, OC43, NL63 and HKU1 are prevalent and typically cause common cold symptoms in immunocompromised individuals. Three other strains SARS-CoV, MERS-CoV and SARS-CoV-2 (COVID-19) can be transmitted from between non-human vertebrates to humans.

What is Healgen's Rapid Antibody Test?

Healgen's COVID-19 IgG/IgM (Whole Blood/Serum/Plasma) Rapid Test Device utilizes lateral flow technology for the qualitative, differential detection of both anti-SARS-CoV-2 IgM and IgG antibodies. For covid-19, we tend to see an incubation period of about 3-5 days in order to detect antibodies. This test is intended to screen patients for SARS-CoV-2 antibodies. 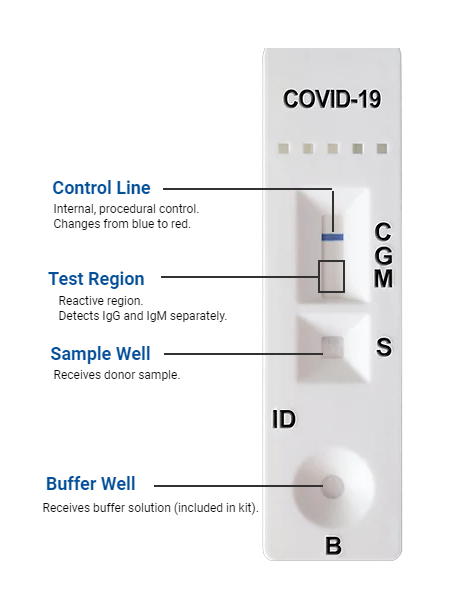 How Accurate is the Healgen Rapid Antibody Test?

There have been a number of verified studies on the Healgen rapid antibody test that all boast really accurate numbers.  The biggest difference from the competition is the accuracy for positive results.  There have been a number of competitor's tests that have had problems with false positives.  Healgen's test has 100% accuracy for positive results regarding IgM.  Below you will see some case studies, including the FDA's study, regarding Healgen's rapid antibody covid test.

Spain did their own country-wide seroprevalence study for the Healgen antibody test on 60,000 of their residents.  The survey estimated that about 5 percent of the country’s population had been exposed to the virus, varying from 1.1 percent to 14.2 percent between regions of the country. Unfortunately, this means almost all of the population is still at risk.

The company manufacturing the test reached out to a research group in Sweden to verify its accuracy. A small study by researchers at Uppsala University found that the test’s sensitivity for IgG—an antibody that tends to show up a week or more after infection—was 93.1 percent and its specificity, or how accurately it could confirm a lack of IgG antibodies for SARS-Cov-2, was 99.2 percent. While the test can also recognize another antibody, IgM, the Spanish survey focused on IgG.

“We were then lucky to be asked to evaluate the rapid test Zhejiang Orient Gene/Healgen, and even more lucky that this test performed so well as shown by our published results.” Åke Lundkvist, a virologist at Uppsala University and the senior author of the study, tells The Scientist in an email. “The Dutch Public Health Agency in Amsterdam and the Erasmus University in Rotterdam have later made an evaluation of a number of Rapid tests and some ELISAs, and they confirmed the very good performance of the Zhejiang Orient Gene/Healgen Rapid test.” [1]